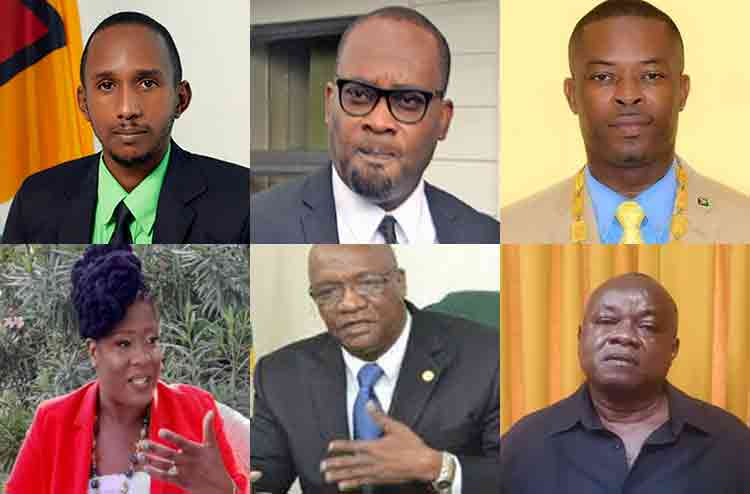 …calls on Candidates to stop airing “dirty-laundry” in public

The Toronto People’s National Congress Reform (PNCR) East End Group hopes to see a diverse blend of youthful leaders elected alongside experienced stalwarts at the upcoming Biennial Congress, its Vice Chairman Carwyn Holland said even as he called on candidates to stop airing their “dirty-laundry” in public.

In responding to a series of questions posed by the Village Voice Newspaper, Holland said though the Group has not decided on endorsing individuals for key positions at the upcoming congress, it is hoped that the next Central Executive Committee (CEC) will be a true representation of the people’s choice. “As a group, we are looking forward to the effective execution of the democratic process already established in the constitution of the PNCR, as it allows for the members’ choice to ascend to elected positions in a fair and democratic way.

As such, we hope to see a majority diverse blend of the next generation of youthful leaders elected alongside experienced stalwarts as we seek to return the party to power. It is our hope that the new CEC will be a strong one, willing to put party/members first and not selective individuals,” Holland told this newspaper.

The Vice Chairman of the Toronto PNCR East End Group also underscored the need for the party to adopt new media strategies and embrace the digital age to connect with members far and wide. “Overall, we wish for a proactive and competent CEC,” he said.

Thus far, Leader of the Opposition and PNCR Executive, Joseph Harmon; PNCR Stalwart Aubrey Norton, and PNCR Executive, Dr. Richard Van West-Charles are those vying to become the next Leader of the PNCR. Additionally, Senior Counsel Roysdale Forde, Attorney-at-Law Amanza Walton-Desir and PNCR Member, Shurwayne Holder have all expressed an interest in the chairmanship of the party.

Holland said though the Group has not endorsed a particular candidate for the Leadership of the party, its members have publicly made their choices known. “The PNCR Toronto East End Group has not decided as yet on any candidate for leader as a collective. So far, I’m aware of persons who are supportive of all three candidates but as for me, it is may the best man win!” he said.

However, Holland has openly endorsed Walton-Desir for the chairmanship of the party, saying that it is badly in need of a “breath of fresh air.”

Asked whether the Group is satisfied with the hybrid system in place for the holding of Congress in December, Holland responded in the affirmative. “We are satisfied with the hybrid system which caters for safety, and accommodation of hinterland and diaspora groups. We are however hopeful that there will be no glitches in the virtual platform, or failure to plan effectively,” he said.

In October, the current Leader of the PNCR, David Granger urged the Central Executive Committee (CEC) to postpone the pending congress in light of the ongoing COVID-19 pandemic. In doing so, he red-flagged key members of the executive, saying that they should not play any part in the

accreditation of delegates. Giving reasons for objecting to the men, Granger accused them of being biased even as he cited their alleged participation in meetings which resulted in no-confidence motions being passed against him. Among the executives Granger red-flagged are: Aubrey Norton, Dr. Richard Van-West Charles; Mortimer Mingo and Winston Felix.

Holland told Village Voice Newspaper that while the initial call for a shift in date of the congress is understandable in light of the Covid-19 Pandemic, he was disheartened by the dirty public spat which ensued.

“As leaders, they should not have allowed factionalism and disunity to take root and form the main message to supporters. They should have locked themselves in a room and hammer out all issues, then come out with a unified front to fight against the oppression, victimization and marginalization that the supporters and people of Guyana are facing,” Holland reasoned.

POOR CAMPAIGN STRATEGIES
The Vice Chairman of the Toronto PNCR East End Group said too that the campaigning strategies employed by the various candidates are also deeply concerning.

“I am concerned about the failure of campaigns to truly show members that they are ready to effectively and run a clean campaign. I have seen one faction inadvertently articulated a distasteful assumption of an opposing candidate, and to make things worse, the response of the candidate exposed his failure to show what real leadership is like when faced with dissenting voices. Additionally, the candidate highlighted a barrier with newcomers to the party,” Holland told this newspaper.

He also expressed dissatisfaction at the failure of one campaign group to denounce the misleading endorsement from a “phony group” purportedly out of Canada.

“They are only two legitimate groups in Canada and certainly that writer/endorser is not a member of either group. So failure to reject such misleading articles leaves a bad taste in the mouth of legitimate party members,” Holland reasoned.

Holland also denounced the airing of “dirty-laundry” in public.

“My other disappointment is the belief of the third candidate that airing all “dirty-laundry” publicly is a true demonstration of democracy and is in the best interest of the party. I beg to differ as in a family or in an organization, conflict resolution best practice does not include making a public embarrassment of those we are displeased with. All candidates should be able to run on their track record and not “tear down” or “cannibalize” each other,” he said.

The Vice Chairman of the Toronto PNCR East End Group said all the candidates vying for the leadership of the party have great qualities that are needed by the party, and therefore have roles to play in its development.

“One has institutional knowledge and grassroots groundings that can revive the base; another has the ability to furnish the party with the badly needed resources and has been an inclusive leader; and the third candidate comes with institutional knowledge and some quality experience of leading mass groups effectively. My fear is the aftermath of the congress, as candidates must be cognisant of the messages they are sending supporters. May the best man win!” he reasoned.

Nonetheless, Holland said he is pleased to see a “a young intelligent woman” step up to the contest for chairmanship. He opined that Walton-Desir is seen as a good party unifier and vibrant representative of the people.

“Amanza Walton-Desir has restored the hopes of Guyanese professionals who are hopeful for a new-age thinker and leader. All groups need to nominate her and demonstrate their embrace of youth, diversity and progressiveness,” he posited.