by admin
in Open Word
0 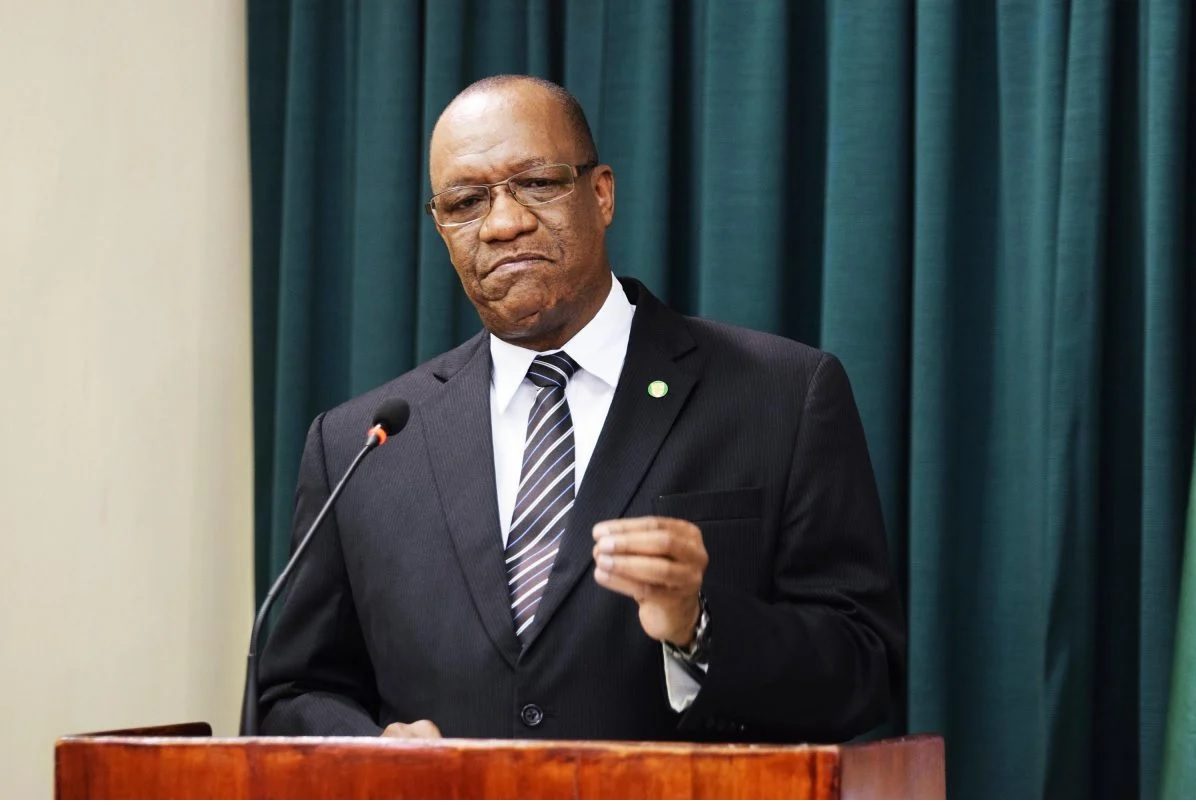 Contending that billions of dollars in contracts are being awarded to friends, relatives and religious affiliates of the People’s Progressive Party/Civic (PPP/C) Government without the requisite oversight, Leader of the Opposition, Joseph Harmon, on Wednesday, warned that significant pressure will be placed on the Public Procurement Commission (PPP/C), when it is reconstituted, to review all contracts awarded in its absence.

“…these miscreants are awarding contracts to their friends at will, without any oversight; companies with no known public profile are being awarded contracts,” the Opposition Leader told reporters during a virtual press conference on Wednesday as he referenced to the $346M contract awarded to ‘Statement Construction’ for the construction of a primary school at Bamia, Region 10.

Registered approximately seven months ago – the construction firm is owned by the proprietors of Hits and Jams Entertainment and the Kashif and Shanghai Football Organisation – known associates of the PPP/C Government.

“It is so blatant that the government now has to put a further $20M for an engineering firm, to supervise the project,” Harmon said.

In the absence of the ‘procurement watchdog,’ Cabinet also granted its no-objection for the Ministry of Public Works to enter into a US$256.6M agreement with China State Construction Engineering Corporation Ltd for the construction of the New Demerara Harbour Bridge (NDHB). It has also given the greenlight for China Railway Group Limited to execute the controversial Amaila Falls Hydropower Project (AFHP) based on a Build-Own-Operate-Transfer (BOOT) model.

Harmon said the Opposition, under his stewardship will continue to push for the reconstitution of the Public Procurement Commission (PPC).

“I’m putting all of these people on notice that it will not work. Not under my watch. We will continue to apply the pressure for the establishment of the Public Procurement Commission,” he said.

October 2021 marked one year since the Public Procurement Commission expired, and plans to reconstitute it appear to be moving at snail’s pace, though under Article 212 W of the Constitution it is responsible for the monitoring of public procurement with the aim of ensuring that the procurement of goods, services and the execution of works are conducted in a fair, equitable, transparent, competitive and cost effective manner.

Earlier this month, Chairman of the Public Accounts Committee (PAC), Jermaine Figueira accused the Government’s Chief Whip Gail Teixeira of stalling the process of shortlisting nominees for the Commission as required by the Commission.

At the press conference on Wednesday, Harmon said once reconstituted, the Opposition will implore the Commission to review all contracts awarded in its absence.

Further, he said reviews will be conducted when the Coalition returns to Government, once they failed to pass the first bar of transparency.

Harmon also referenced to the decision by the Government to grant a 5G License to Green Gibraltar, whose Company Secretary is Jai Narine Singh Jr., better known as Don Singh – “a known supporter of the PPP/C and fierce opposition critic.”

Harmon contended that the Irfaan Ali Administration is using their “cronies” to control the different sectors within the country with the hope of securing another term in Office. But this, he said, will not happen under his watch.

“I will continue to expose the corrupt nature of the PPP regime,” he assured.

Harmon predicts that Guyana regress on the Transparency International Index due to the lack of oversight during award of contracts since the PPP/C took Office in August 2020.