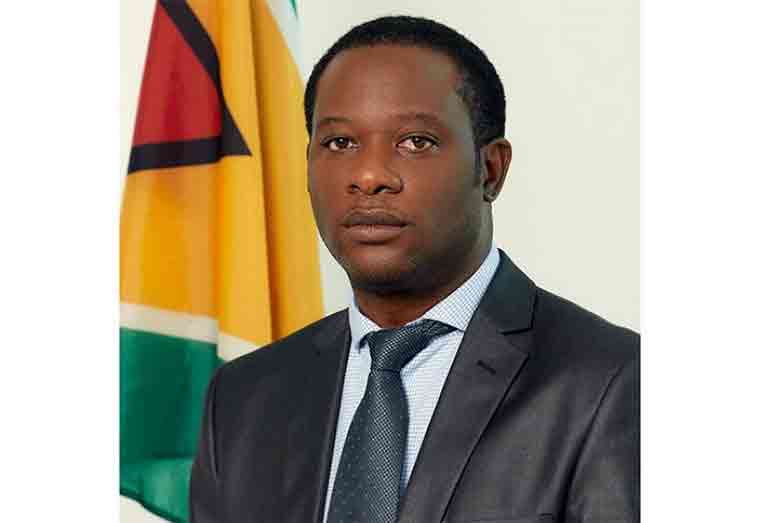 A request by Carl Greenidge, the Government’s Adviser on Borders and Agent before the International Court of Justice (ICJ), to report directly to President Irfaan Ali or Vice President Bharrat Jagdeo, has reportedly been turned down, with the Ministry of Foreign Affairs and International Cooperation making it pellucid that the Agent does not operate independent to the Foreign Minister.

It came hours after a letter which was written to President Ali by Greenidge was leaked to the press. In that letter dated April 7, 2021, Greenidge asked that he reports directly to the President or Vice President due to the unsavory conduct of the Minister of Foreign Affairs Hugh Todd and Minister of Governance Gail Teixeira during a Ministerial Advisory Committee (MAC) meeting. Further, he had asked that Minister Todd be removed from the management of the Guyana-Venezuela ICJ case.

“Going forward, another person should be chosen to chair the MAC if it retains its responsibility for ICJ matters because it is difficult to see how the Committee can constructively contribute to the task of winning the case at the ICJ if it is to be used as a partisan vehicle,” Greenidge wrote.

But the Foreign Ministry, in its statement, submitted that traditionally the portfolio of Agent in litigation of inter-state disputes before the ICJ is often held by serving ministers, however, the People’s Progressive Party/Civic (PPP/C) upon taking office opted to be inclusive in its approach towards tackling the case before the ICJ in keeping with its manifesto promise.

“The portfolio of Agent requires no special expertise in law since the advocates and counsel contracted are responsible for the preparation of the written and oral pleadings of Guyana. The Agent’s role is to ensure that there are administrative linkages between Guyana, its international lawyers and the International Court of Justice and to be the liaison between the Government and the international legal team on the policy and substantive issues being addressed by that team,” the Foreign Ministry explained.

Greenidge had also expressed concern over the involvement of Ambassador Keith George in the ICJ case, saying that while he is not without skills he is no lawyer or expert on maritime matters.

But the Foreign Ministry said Ambassador George was among key officials excluded from the case despite having years of experience and professional knowledge on the Guyana-Venezuela Border controversy.

It further clarified that the Ministry’s aim is to ensure all available local expertise, specialist and technical support and assistance are made available to Guyana’s international legal team. It also refuted claims that the Ministry was dissatisfied with the performance of the international team. “There was therefore never any reason to question the competence of the international team of lawyers who are not only held in extremely high esteem but also are regarded as the best that can be put together to represent Guyana’s interests,” it said.

Noting that the timing of the publication of the letter is peculiar, the Ministry noted that on Tuesday (November 16) the Foreign Minister met with Greenidge along with Ralph Ramkarran and the Foreign Secretary Robery Persaud, and had what was described as a cordial meeting.

What is Greenidge doing to himself?--GHK Lall (Village Voice)