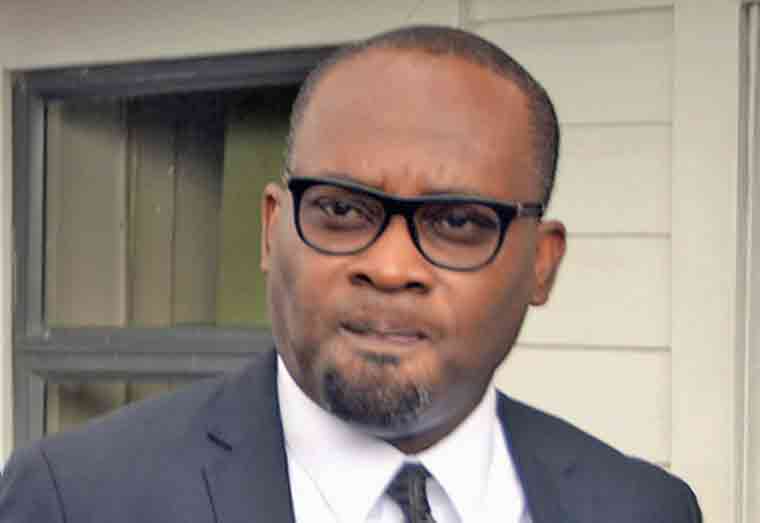 As the race heats up for the leadership of the People’s National Congress Reform (PNCR), Opposition Member of Parliament, Roysdale Forde, S.C has signaled his interest in becoming the party’s next Chairman.

Forde – a Senior Counsel – made the disclosure during the Mark Benschop Show just days ago. The Senior Counsel said should he be nominated for the chairmanship or any executive position at the highly anticipated PNCR Biennial Congress scheduled for later this year, he will take up the challenge. Forde is the second PNCR Member to express an interest in the chairmanship of the party thus far. Attorney-at-Law Amanza Walton-Desir, MP has also signaled her intention.

Should either of them be elected, they will unseat the current Chairman, Volda Lawrence – the former Minister of Health, who served under the David Granger Administration.

Forde told Radio Host and Political Activist Mark Benschop that he has much to offer the PNCR. “I believe that it is time that the party becomes nimble, becomes a bit more transparent, becomes a bit more grounded in terms of new polices and a new agenda to make the party inclusive, more attractive to the people across the country, whilst at the same time not abandoning its base and supporters,” he said.

Forde also underscored the need for the PNCR to articulate a policy that would pave the way for it to become a financially viable institution. He said it is important for the party, whether in or out of government, to ensure that all Guyanese benefit from Guyana’s oil and gas resources as well as the other resources of the country.

WHO IS ROYSDALE FORDE?
Forde was among a battery of lawyers, who represented the A Partnership for National Unity + Alliance For Change (APNU+AFC) Administration in a number of cases including the December 2018 No-Confidence Motion Cases, which addressed constitutional issues such as Dual Citizenship in the National Assembly and what constitutes an absolute majority. He was also involved in the elections related matters that consumed the Courts during the five-month Electoral Crisis in 2020.

On the show, Forde said he grew up in an ordinary Guyanese family in Kingston, Georgetown. His father was a Senior Superintendent in the Guyana Police Force, and his mother, a housewife.

He attended the St. Rose’s High School and later the Bishops’ High School. In 1995, he formed part of the first batch of Guyanese students to graduate from the University of Guyana with a Bachelor of Law Degree. In 1997, at the age of 23, Forde graduated from the Hugh Wooding Law School, and was awarded his Legal Education Certificate (LEC). In December 2019, he was appointed Senior Counsel – thereby, becoming the first Guyanese trained lawyer to be elevated to Senior Counsel.

Forde told Benschop that as a child, he attended PNCR meetings with his mother, but it was during his early years as a lawyer that he came to know former President, Hugh Desmond Hoyte, who, at the time was serving as Leader of the PNCR. Forde said during his visits to Congress Place, he benefited from Hotye’s “mentorship” and “friendship.”

“I developed a strong friendship with him,” Forde told the Radio Host and Political Activist.

NO JOHNNY COME LATELY
But before signaling his intention to run for the chairmanship, Forde, on October 21, endorsed Opposition Leader, Joseph Harmon for the leadership of the PNCR. In his endorsement speech, Forde spoke against divisive leadership.

“A leader that is divisive and a leader perceived to be divisive cannot advance the cause of the supporters and much more the people of Guyana, and a leader that is a tribalist cannot advance the cause of the people of Guyana,” Forde told those present. But his endorsement speech did not sit well with PNCR Stalwart, Aubrey Norton, who is also hoping to become the party’s next Leader.

In a statement issued on October 22, Norton wrote: “I find it laughable but mischievous that Mr. Roysdale Forde insinuated that the PNCR under my leadership would turn into a Black Party. If Mr. Forde was in the PNCR long enough he would have known that Mr. Winston Murray was an Indo Guyanese who Aubrey Norton supported for Leader of the Party.” Throughout the statement Norton described Forde as “new.”

Weighing in on the issue, the Senior Counsel told Benschop that Norton’s statement lacked merit. Describing it as “exclusionary,” Forde posited that the statement does not augur well for the younger membership of the party.

Asked frontally whether he was indeed alluding to Norton, the Senior Counsel responded in the negative. Forde said he and Norton have spoken on the matter, and there is “no bad blood.”

Give real cash transfers to the People