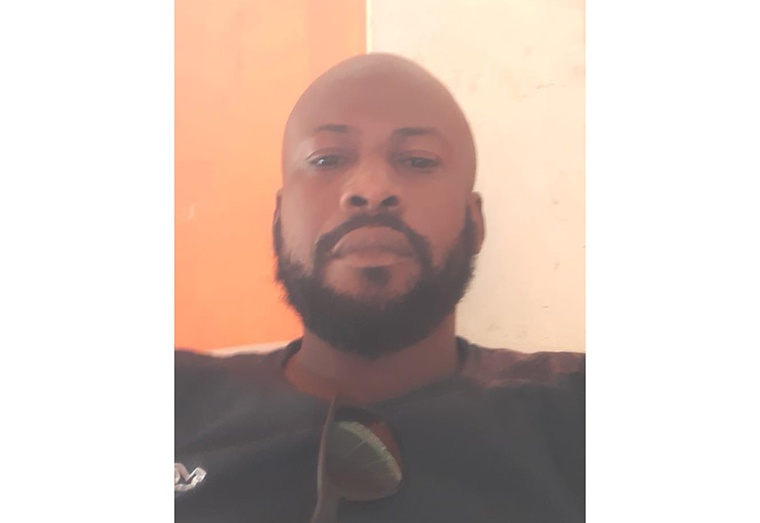 The wife of the late Peter Headley, a 45-year-old businessman who was shot and killed by police in May, is concerned about the pace of the ongoing investigation into her husband’s death and the systems within the Guyana Police Force (GPF) that led to it.

Headley was shot and killed on May 15, 2021, after police ranks — following up with investigations into an armed robbery committed at Herstelling on May 11 — intercepted a motor vehicle he was in, along with another man, at Nandy Park, East Bank Demerara (EBD).

The vehicle was driven by a police rank with an armed police rank in the back seat. Police stated that on their way to the Providence Police Station, Headley reached under the seat of the vehicle and pulled out what appeared to be a firearm causing the armed rank to discharge a round that struck him to his body. He succumbed while receiving medical treatment at the Diamond Diagnostic Centre.

IT DOESN’T ADD UP

Though this was the account of the police, according to Headley’s family, there is much more to what took place. Wife of Headley, Patricia Campbell, has disclosed that, at the time of the interception, Headley was carrying over $2 million in cash — the profit from selling drums along with his father-in-law.

However, Campbell said when she inquired about the money along with Headley’s belongings, she was told by police that no such cash was found, only a few $1,000 bills. Added to this, based on photos seen by the family, there are questions about there being no bullet hole and very limited blood in the seat Headley was in if he was indeed shot after attempting to retrieve a gun.

Furthermore, Campbell questions the absence of shattered glass or blood on the floor of the car; why Headley would reach for a gun while within a car outnumbered by armed policemen; why, if he did have a gun within the car, would it be under the passenger’s seat and not the driver’s seat; and why was sand reportedly found on Headley’s body.

The family has also heard unverified reports about Headly throwing the said gun outside of the car and the police retrieving the same the next day at the area it was thrown. They therefore believe that Headley was shot while he was out of the car and that the police did so to profit from the cash he had on him.

“Think of it. If I shot you from behind, what happened to the window screen and the dashboard having splatters of blood? No bullet hole in the car seat…no blood dripping on the mat, the mat is clean…we even looked at another picture of his body and his hand has a set of sand on it,” Campbell said.

“They said [to us] they searched the car thoroughly and they found nothing, how come he’s reaching for a gun? Why it couldn’t have been he was bending down to scratch his foot or something? Why you didn’t handcuff him and put him in a police vehicle?”

PUT YOURSELF IN OUR SHOES

The man’s wife said the police have admitted to her that what occurred is contrary to protocol. Campbell said she was also told that the week prior police officers in different regions were retrained on the protocols for stops and arrests.

As of June 2, 2021, Campbell said that the family and public have received no press release from the Ministry of Home Affairs or the Guyana Police Force (GPF) disclosing information about the police officers involved. What the family has been told is that investigations are continuing at the level of the Office of Professional Responsibility (OPR) and the Police Complaints Authority.

“We don’t know their names, we don’t know their age, we don’t have any pictures of them, no press release stating, at least, these are the officers involved in the murder of Peter Headley,” she said. “The update from the Minister is that he’s still waiting on the report from the OPR and also the Police Complaints Authority. The two heads of the divisions are working together on the matter — that is Mr. Kissoon from OPR and Mr. Ramlall from the Police Complaints Authority.”

Campbell said that it is discouraging that the only office that has called her is the OPR, while all other instances of communication with authorities were made from her end. This is even as Campbell learned about the death of her husband from a friend who saw it on social media. She said though Headley had with him a utility bill and his driver’s license that could have led authorities to his home, his relatives were not notified of his death via this means.

Asked whether she is pleased with the pace of the investigation, Campbell said: “No, I’m not. I’m very, very much disappointed and I highlighted that to the Minister. I told him if it was the other way around, if Mr. Headley had shot the police, his name and face [would have been released], he would have already gone to court and everything would have been going fast, fast. But this now, they shot him, they murder him…when police are involved in crime, it needs to be dealt with speedily more than the civilians because they know the laws and they broke them.”

Regarding the other occupant of the vehicle, Campbell said that she knows that the individual gave a statement but she cannot confirm his full name and does not know where to find him.

THEY KILLED OUR BREADWINNER

The woman said Headley, age 45 of Dowding Street, Kitty, Georgetown, was the main breadwinner for his family. Though she also works, she said that his business collaboration with her father would go a long way financially. Also impacted are Headley’s children. Campbell said that their 18-year-old son now has to live with hearing his father been labelled as a “thief”.

“My son has to live with that. His friends now, I don’t know who wants to withdraw or stay with him or don’t want to talk with him anymore because parents will have their own view. I can’t stop them. They published that in the media,” Campbell said. The teen turned 18 five days after the death of his father.

On the contrary to what has been said in some parts of the media, Campbell described Headley as a loving and caring person. She said that he has given money to several persons from different communities to assist them in starting up their own small businesses as a means out of poverty.

The woman told the Village Voice News that it is only fair that those responsible for Headley’s death face consequences. She relayed that she has heard unconfirmed rumours that her husband was shot by a 19-year-old officer. If the rumours are true, she is concerned that the GPF would allow a new recruit to brandish a weapon without the necessary training that would have prevented him from being “trigger-happy”.

Apart from this, Campbell also wants the Officer in charge of the said patrol to be held liable for failing to properly lead the patrol. She recommended improved training for members of the Force and background checks on individuals before they are accepted into the GPF.

Headley’s family has consulted a lawyer to assist with the matter moving forward.

The “Elections Rigging – Democracy” Narrative is a Mask to hide the Mad Scramble for Guyana’s Patrimony--Dr. David Hinds