Growing-up in a time of doom and gloom Guyana’s Oil and Gas Sector, Going Forward

Thus far I have argued that the 2020 crisis delivered a huge setback to Guyana’s forecasted 86% GDP growth rate modeled by the IMF for that year, in Q4 2019. This was touted as the fastest expected 2020 growth rate worldwide. By the end of 2020, the IMF had revised downward this rate to 8.1%. Nonetheless, despite this massive setback, Guyana has ended the year becoming one of only a handful of countries that had positive growth; and most likely among the top five performers. Of note, the newly elected government in its 2021 National Budget has reported the 2020 GDP growth rate at 20.9%.

I have attributed this paradoxical outcome in a year of relentless gloom and doom primarily to the massive size and great quality of Guyana’s petroleum potential. Today’s column updates on this potential.

Up to the end of 2020, I was predicting Guyana’s recoverable oil and gas reserves potential stood at 13-15 billion barrels of oil equivalent, boe, and 23-43 billion cubic feet of natural gas and natural gas liquids. I had admitted repeatedly that this was a high prediction. Indeed, I illustrated how high it was by drawing comparisons with other major oil reserve holders as listed in “Wikipedia’s ranking of countries with proven oil reserves.” That source had listed Brazil at 15th (with a holding of 13.0 billion boe); Algeria at 16th, (12.2 billion boe); and Angola and Ecuador at 17th and 18th (with 8.3 billion boe) See Table 1. 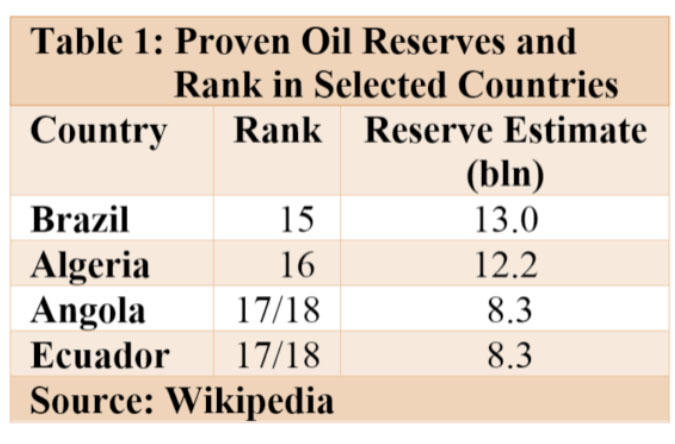 Table 2 reproduces the Oil Now listing with the Guyana-Suriname Basin revision. Proven recoverable resources are those “having a reasonable certainty of being recoverable under existing economic conditions and existing technology” 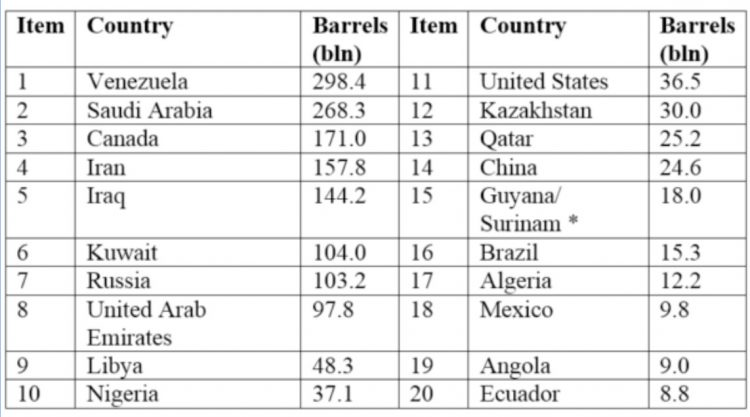 I take the opportunity here to remind readers of two technical considerations; namely 1) S&P Global Platts has specified Guyana’s Liza oil on its Periodic Table for Oil, as “medium- sweet” (American Petroleum Index, API = 32.10 and sulfur content = 0.5.1); and 2) in a recently published Chapter [Guyana and the Advent of World-class Petroleum Finds] I observe “ExxonMobil’s public reporting reveals that wells dug to date; and recorded as successful [now 18] suggest a success rate [in excess of 80%], which is, four times the global average [thus far] of less than 20%. This success rate will likely be revised upward!

ExxonMobil’s reserves estimate of 18 billion boe for the Guyana-Suriname Basin demonstrates that my reliance on the mean probability estimates of 13 to 15 billion boe made by the United States Geological Service, USGS, in 2000 and 2012, is clearly conservative. This is an ironic outcome, given the deluge of economic absurdities, misinformation, dismissive ridicule incessantly hurled at home and abroad towards the advent of Guyana’s very infant oil and gas sector in a globally daunting time of gloom and doom

Locally, as elsewhere, doom and gloom are generated in the alternative universe of noise and plain nonsense. Here thrives a “collection” of: 1) “big oil critics”, who were themselves over many years “big oil” professional employees; 2) family of co-investors in “big oil” operations; 3) connected to businesses generating financial gain from “big oil” spending.

Basic economics demonstrates that: 1) given a proven expansion in a country’s natural resources, endowment or wealth, its production capability frontier, or possibilities expand; 2) in theory external aggrandizement allows for theft of territory and reversal of proven resource gain; 3) barring 2, a country is better off at 1 than it would be at any pre- 1 position; and 4) why? economic experience worldwide reveals that, negotiating or managing abundance/wealth is easier relatively, than doing the same with  too little/ poverty and destitution. Fairness to Guyana, and above-all, intellectual honesty, require a framework of logic from which to advise readers when appraising them on the impact of 18 billion boe of proven recoverable oil resources. For myself this new total is 20% larger than the upper limit I had chosen back in 2016. It raises the issue as to how close Guyana will get to the upper limit of the USGS forecasts (situated at 5% likelihood).

Next week I conclude this extended appraisal of the impact of the 2020 general crisis on Guyana’s oil and gas sector.

David Granger and the PNC