‘2020 elections was a contrived crisis–Vincent Alexander 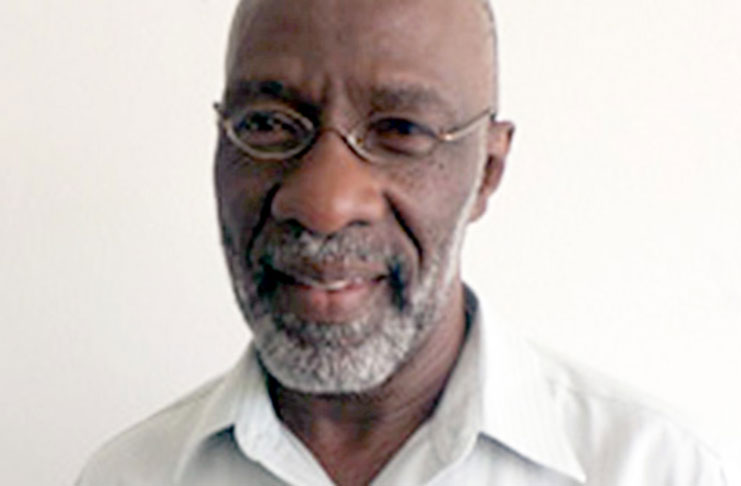 Guyana’s longest serving Elections Commissioner, said the 2020 General and Regional Elections could have concluded within a matter of days had there not been political interference on the part of the then Opposition – the People’s Progressive Party/Civic (PPP/C) and the Regional and International Observers, who went from being “observers” to “participants” integrally involved in the elections.

Appearing on Dr. David Hinds’ Virtual Show – Politics 101 – on Thursday, Alexander accused the then PPP/C appointed Elections Commissioners – Robeson Benn, Bibi Shaddick and Sase Gunraj – of engineering, what he described as, a “contrived crisis,” which spanned for approximately five months.

“I say it is a contrived crisis because the struggle for power was so intense and so great they did not allow people to observe processes that could have worked and could have manifested some kind of result without having to go through the five month period,” Alexander said.

According to him, the Guyana Elections Commission (GECOM) was not given a fair chance to conclude the elections in accordance with the procedures outlined in the Representation of the Peoples Act.

“GECOM has processes. Everybody said GECOM did a fine job until Region 4. Region 4 was not allowed to do its job, good or bad, good or bad and in not allowing Region 4 to do its job good or bad, there were those who abandoned their duties, which was critical for the conclusion of the process, and I am referring here to my other Commissioners, who had no interest, once we got to Region 4, in carrying out their duties which required them to be in receipt of every Statement of Poll, scrutinized and verified,” Alexander contended.

In his Affidavit of Defence, in the case – Reeaz Holladar vs the Returning Officer; the Chief Elections officer and GECOM (the first of a series of legal actions filed during the elections) – Mingo told the Court that though he fell ill during the tabulation process, all of the Statements of Poll (SOPs) were completely processed on March 4, 2020, however, when it was time to make the declaration in accordance with Section 84 of the Representation of the People Act, a large contingent of PPP/C representatives attempted to disrupt the process.

The PPP/C representatives, backed by a number of small political parties and observers, demanded a “verification” of the entries made into the spreadsheet from the Statements of Poll in GECOM’s possession. However, Mingo at the time had said he found no merit in PPP/C’s request and proceeded to make the declaration of the total number of votes secured by each List of Candidates.

Chief Justice (ag) Roxane George had, however, subsequently nullified the declaration on the grounds that there was substantial non-compliance with Section 84 (1) of the Representation of the Peoples Act when the Statements of Poll (SOPs) for District 4 were tabulated. She then ordered that the verification process, which was interrupted, be resumed or restarted. That was done on March 13 but again was contested by the PPP/C. Notably, however, the Court had not nullified the declarations made by Mingo on March 13.

Alexander told Dr. Hinds, a political scientist, that had the Elections Commission been furnished with the Statements of Poll, as was done in the past, the election documents could have been scrutinized and verified by the Commission, and any illegality would have surfaced during the verification process.

Though the Chief Elections Officer (CEO), Ketih Lowenfield had accepted the declaration made by Mingo on March 13, and included it in the overall report for submission to the Elections Commission, all 10 Declarations were placed in abeyance and subsequently set aside following the conclusion of the National Recount, which was facilitated in response to allegation that Mingo had engaged in electoral fraud.

He said throughout the elongated elections process, Statements of Poll (SOPs) from the East Coast of Demerara (Region 4) had proven to be problematic, and during the National Recount it was revealed that 47 ballot boxes were void of the statutorily required documents.

Former Minister of Government and Political Commentator, Dr. Henry Jeffrey, who formed part of the panel on Politics 101, said the PPP/C, and other political parties and observers have fixated on the allegations that surfaced during the tabulation of the Region 4 SOPs, while turning a blind eye to the details emerging from the CEO’s Report following the conduct of the National Recount.

In his report to the Commission, Lowenfield had said that the Elections lacked credibility even as he pointed to 4,864 cases of voter impersonation, and more than 2,000 anomalies that impacted well over 200,000 votes across the 10 Electoral Districts.

He had established that due to the anomalies and instances of voter impersonation, the General and Regional Elections held on March 2 did not satisfy the criteria of impartiality, fairness and compliance with the Constitution and the Representation of the Peoples Act.

Dr. Jeffrey reminded that early on during the National Recount, the then Commissioner of Police and Chief Immigration Officer, Leslie James had confirmed that more than 200 persons were out of the jurisdiction on Elections Day, though their names were marked off on the Official List of Electors ((OLE) as having voted. The political commentator is of the view that the Guyana Police Force should investigate these cases of electoral fraud.

It was the A Partnership for National Unity + Alliance For Change (APNU+AFC) which had pointed to the many irregularities that surfaced during the National Recount.

However, bsoth Dr. Jeffrey and Alexander accused the Diplomatic Community of political interference, which resulted in a highly disputed declaration that returned the PPP/C to power.

“The process was no longer a process of observers, it was a process of participants, everybody did, the diplomats, the observers, everybody did but that was not what the process provides for. So they became a participant and they started pronouncing, demanding what should happen at that time, and the diplomatic community was actively involved in that; that was unheard of and unacceptable,” Alexander said.

Weighing in on the issue, Dr. Jeffrey accused the Canadian High Commission of being involved in regime change from the time ex-AFC Member of Parliament Charrandass Persaud voted in favour of the PPP/C sponsored No-Confidence Motion to bring down his own Government in December, 2018.

Persaud, a dual citizen, had reportedly received support of the Canadian High Commission. Canadian Diplomat Richard Beliveau had reportedly facilitated the spiriting away of Persaud to Canada with the help of Peter Ramsaroop, who at the time an adviser to the Leader of the Opposition Bharrat Jagdeo.

In January 2019, the then APNU+AFC Government had registered its dissatisfaction and had lobbied for Beliveau to be recalled. The Government of the day had said that the Canadian Diplomat violated the Vienna Convention on Diplomatic and Consular relations when he escorted the defector to the airport.

“It seems to me they are the ones that initiated the process of removing the government and therefore what you were seeing there was just the details,” Dr. Jeffrey said.

Former Minister of Public Infrastructure under the APNU+AFC Administration, David Patterson, MP had also formed part of the panel discussion.

‘I don’t know why I was suspended’ --Vanessa Kissoon