The ship is not sinking yet, but it is in some distress: Change now or…

MY last two columns were driven by my increasing concern that the coalition government is losing the battle for the hearts and minds of the majority of Guyanese. Elections are not won on election day—they are won through a longer process of political engagement with the society by political parties armed with a clear vision and accompanying message.

My support for this government is grounded in my belief that the PPP, driven by its ideology which combines political domination, political spite and manifest destiny, should not be given the reins of government on its own anytime soon. I also support this government because it represents a baby step in the direction of a political ideal that I firmly embrace—a Government of National Unity. Hence, my appraisal of the performance of the government is partly against these two factors.

Unlike other government supporters, my support is not blind. I support the government, but I will not surrender my right and responsibility to critique, to ask questions of those who govern. And I insist in doing so both publicly and within the corridors of power available to be as a member of one of the coalition parties. I part company perhaps with most Guyanese who subscribe to the view that you must only critique in private. As calypsonian Chalkdust would sing, “I in town too long.”

So here goes. I am worried that the coalition is in trouble. In my last two columns, I sought to make two fundamental points. First, the PPP has over the last two years been able to push its 23 years of devastation of Guyana’s politics and political landscape into the background of the popular consciousness.

The party has employed a narrative that combines appeals to Indian- Guyanese ethno-racial insecurities and fears, definition of the government as the embodiment of incompetence and bad governance. The consequence is that the PPP has succeeded in turning most of its own political sins on the government.

Listening to the PPP frame this government, with a straight face, as corrupt, racist and authoritarian is hard to swallow, but the truth is that it is succeeding in its mission to discredit and delegitimise the government. This brings me to the second fundamental point I have sought to make, which is that the PPP’s mission has succeeded largely because of the actions and non-action of the government.

The government through a combination of frequent elementary political mistakes, lack of cohesive world-view and inability to push back against the PPP’s attacks has allowed the PPP the space it needs to accomplish its mission.
I argued that the adoption of a strategy whereby the government is administered as if it were a one-party government rather than a coalition has led to a narrowing of decision-making to the Cabinet and a concomitant sidelining of the coalition political parties from decision-making and from influencing policy-making.

The consequence is that the government lacks political direction which in turn has affected the ability of the coalition to craft its own political narrative and to answer the negative coordinated PPP charges. The coalition parties—all of them — are powerless under this model. That is why they don’t speak to the media or hold public meetings — because they are cut off from actual decision-making they have nothing to say.

I have summarised my arguments so that I can make a few more points in this column. Some PPP sympathisers have pounced on my point about treating the government as if it were a one-party government to push their age-old argument that the PNC has outmanoeuvred the WPA and the AFC and is running the government as a PNC government.

I have no doubt that there are PNC members of the government who are never going to give up an opportunity to advance that party’s hegemony. But that is not what I am driving at; I am making a much more fundamental point. I am talking about the substitution of the executive arm of the government for the political parties, including the PNC. This model is not new. We saw Hoyte and Jagdeo use the executive to stifle and ultimately weaken their respective parties and we saw how that helped them to ultimately lose power. But the present governing crowd has not learned that lesson. I suppose what drives admirers of this model is a combination of fidelity to the centralisation of power and belief in the top-down distribution of power.

This Cabinet-supremacy model is counter-productive. In the end, governments do not fight and win elections, parties do. What is interesting here is that the government leaders of the PNC, AFC and WPA have all enabled this model of cabinet supremacy and its attendant marginalisation of the parties. So, the charge of PNC hegemony ignores this reality—that the PNC, as a party, is also marginalised by this model. In this regard the PNC, as a party, is being wrongfully blamed. The problem is that the Cabinet behaves like a separate political party that is not accountable to any entity outside of itself.

The WPA has recently pushed back against this cabinet-supremacy model, largely because its non-governmental wing has more sway within the party. But in the cases of the AFC and the PNC, the government ministers are the dominant leaders of those parties, so they are less likely to push back against cabinet supremacy. And, of course, the non-governmental wings of those parties are not as audacious as they should be—they suffer in silence while the ship is in distress. These parties have to do better than that or we will suffer the bitter consequences. 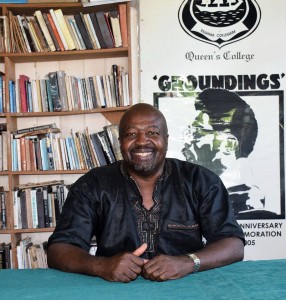 My fear is that if the coalition does not change course and bring the political parties into actual decision-making, it will continue to lose the confidence of its supporters and most likely lose the next election. Cabinet must govern, but it must do so within the context of a political framework that is informed by the political parties—it currently does not. The APNU met recently after a long break. There has never been any meeting of the PNC, AFC, WPA, JFAP, GAP and NFA to talk about the political strategy and policy direction, even after the coalition comprehensively lost the Local Government Elections mere months after winning national power. These parties meet only in Cabinet where their representatives are understandably burdened with administrative matters. Cabinet is and will never be the place to craft political strategy.

What is the lay of the land? The government has put a break on the criminalised state. It has tempered the authoritarian state. It is attacking official corruption. It has halted official racial discrimination in the distribution of shared resources. It is confronting the sugar trap. Overt censorship at the State media has decreased considerably. But the government has not confronted poverty. It has not lifted workers from below the poverty line. It has not confronted the PPP for its wanton pilfering of state resources. It has not arrested crime.

It has not turned its face sufficiently against PPP-style cronyism. Many government functionaries who were never in the trenches, never saw a jail cell, never were exposed to the wrath of the hostile partisan police are today in big jobs with big money and big perks. If the government falls tomorrow, these people will go back into exile or switch back to accommodating the PPP, but the ordinary people who saw salvation in this government would be once again exposed to the PPP sledgehammer.

The balance sheet is mixed, but the public verdict is negative. The government is stumbling. The coalition parties are immobilised. Some government supporters are restless. The friendly media are no longer friendly. The economy is not taking off because of both political destabilisation and bad policy. The ship is not sinking, but it is in some distress. Time for a new politics.

More of Dr. Hinds ‘writings and commentaries can be found on his YouTube Channel Hinds’ Sight: Dr. David Hinds’ Guyana-Caribbean Politics and on his website www.guyanacaribbeanpolitics.com. Send comments to dhinds6106@aol.com